The Golden Papaya appeals to many consumers of the fruit for its juiciness and mild flavor. The name Golden, which in English means golden, appeared due to the very yellowish hue of this type of papaya

when it’s ripe. In Brazil, Golden is better known as Papaya, because the version is native to the country and the most popular among its inhabitants. Soon, the variety became synonymous with the fruit itself. 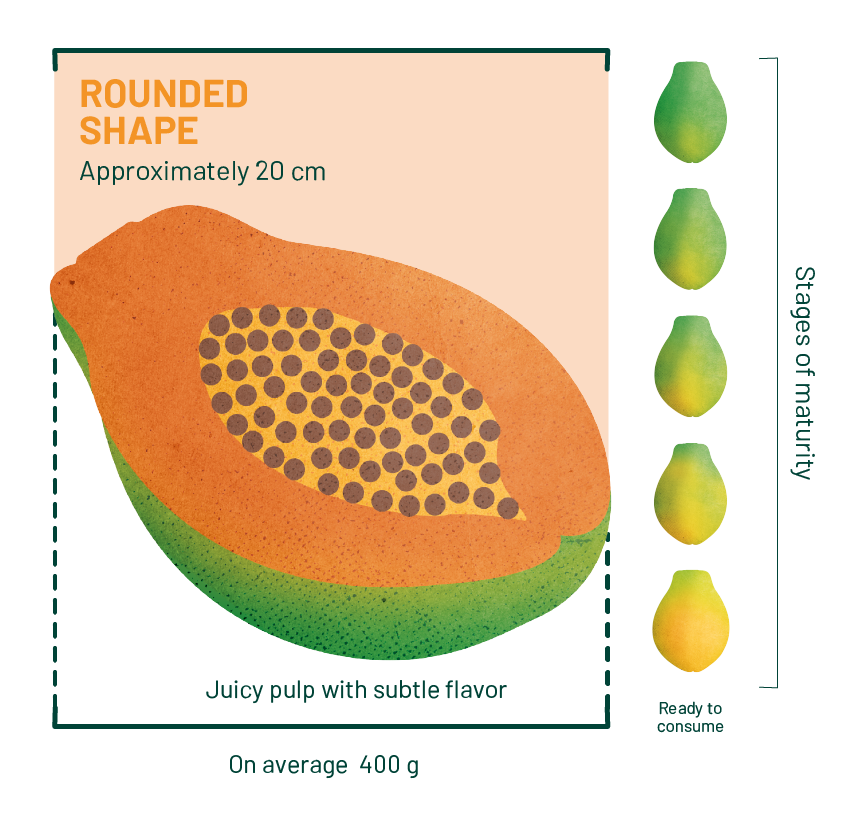 Due to its small size, Golden papaya is ideal to be consumed individually. Like all varieties of the fruit, it is rich in several nutrients, including lycopene, a substance that helps prevent aging and some chronic diseases such as diabetes and cancer.

Golden also brings the benefits of natural fibers and papain present in papaya. These nutrients act to improve the functioning of the intestine and even reflect on improvements to the skin.

In addition, the fruit is a source of carpain, a substance that helps in blood circulation, contributing to the prevention of cardiovascular diseases, and a high concentration of vitamin C.

With a sweet taste, but very smooth, Golden is versatile and preferred among types of papayas, to be used in cooking. In addition to being fresh, it can be used as an accompaniment to salads or in the form of drinks, creams, vitamins and mousses.

Get to know the history of Mamão Formosa